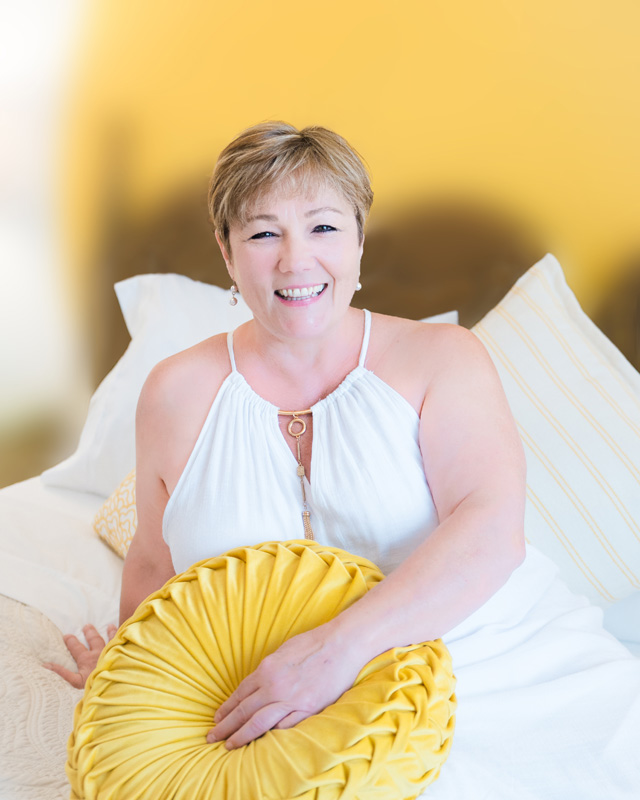 Michelle received her nursing education in Guelph, Ontario, Canada, in 1986 and has spent the past 20 years specializing in Critical Care Nursing at Tampa General Hospital—a leading Level One Trauma Centre in the Tampa Bay, Florida area. In 2011, she relocated to the Treasure Valley in Idaho, reopening her practice in Meridian, Idaho, in 2012.

Michelle is a Founding member and was Vice-President of the Canadian Academy of Micro-pigmentation organization, setting standards for, and educating, the Canadian Permanent Makeup Specialist.

Michelle is a member in good standing of the Society of Permanent Cosmetic Specialists, as well as a Fellow with the American Academy of Micro-pigmentation. She is also a Board Certified Breast and Areolar Repigmentation Nurse.

Michelle is also a frequent guest speaker in the Tampa Bay area and internationally, promoting and educating the public on Permanent Cosmetics.

“As a watercolor and textured stain glass artist, I love making things beautiful. Cosmetic tattooing and areolar repigmentation are like painting on a canvas. Creating art and changing how people see themselves outwardly brings me so much joy.”